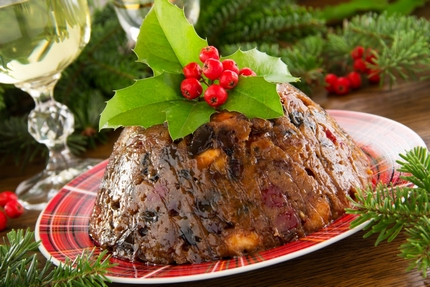 This plum pudding recipe is a really simple recipe for a lighter, rich, tasty Christmas pudding. You prepare it the night before and steam it for 3 hours on a saucepan the next day. It does not suffer from standing so if the pudding course is delayed there's no problem. It is pure baking alchemy. You start with a pale sloppy mixture and you end up with a rich medium to dark brown spicy pudding which is lighter than the traditional Christmas pudding or clootie dumpling. It is also known as plum duff. We would like to thank reader Bill Gallacher of Renfrewshire for kindly sharing this plum duff recipe taken from his ma's old recipe jotter. She used cups as a measurement, which we've included, and have also included our gram measurements.

The night before you intend to cook the pudding, mix all ingredients together.

Use a 7 inch or 17 cm heatproof bowl (Bill recommends using a Pyrex bowl) with a lip which will allow the cover to be tied in. Place a 3inch or 7 cm square of butter greaseproof paper in the bottom of the bowl. This helps with releasing the pudding when cooked.

Place the mixed ingredients into the bowl.

Use a pot large enough to fully contain the bowl with enough space round the edge to top up the water when cooking. Put the bowl into the pot and pour in water about two thirds up the bowl. Leave sufficient room to ensure that the water does not spill into the pudding mix when boiling.

Bring the water to the boil and simmer for 3 or 4 hours. Check periodically and top up with boiling water as necessary.

Serve with custard or cream according to taste. 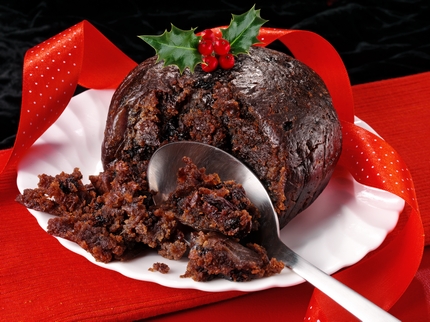