Kedgeree is often thought to be an Indian dish, but it was introduced to India by Scottish soldiers serving there. Though the book The National Trust for Scotland book The Scottish Kitchen by Christopher Trotter has traced its origins to books by the Malcolms dating back to the year 1790. 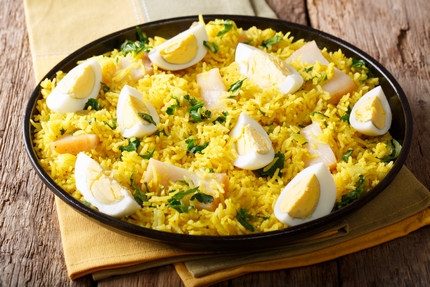 It also suggests serving natural yoghurt with it at breakfast time.

Sue Lawrence in Taste Ye Back: Great Scots and the Food That Made Them has additional ingredients for her kedgeree recipes which includes spring onion sauteed in butter and cherry plum tomatoes. 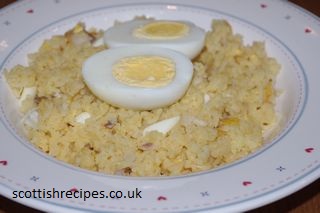 
1. Melt the butter in a saucepan and add the onion.

3. Add the stock and bay leaf and bring to the boil.

4. Cook at 180c for 20 minutes or until the rice has absorbed the stock. Poach the haddocks in the milk for 5 minutes whilst the rice is cooking. 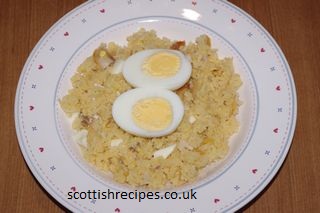 5. Break up the fish and add to the cooked rice along with the other ingredients 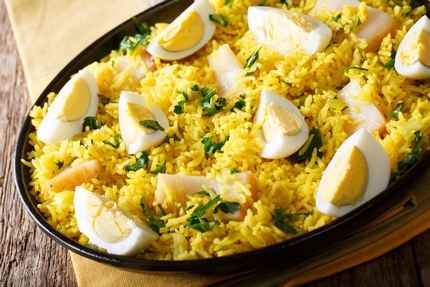