Spicy Red Lentil Soup Recipe is my mum's best dish. I've been married for over 21 years and she still brings tupperware tubs for me - the missus just cannae cook as well as me ma: 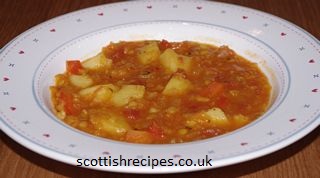 has a lentil and ginger soup served with naan bread. 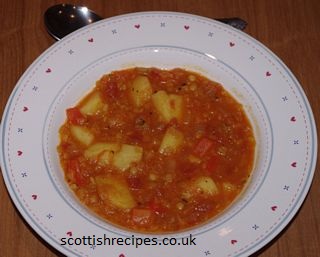 3. Add vegetables and lentils and stir and coat vegetables with spices. Cook for about 5 minutes.

4. Cut up tomatoes, put them in a measuring jug and add enough water or stock to make 1.2 litres.

5. Add this with basil and bay leaf to pan of vegetables. Bring to the boil and simmer for 40 minutes or until the lentils are cooked.

6. Add salt and pepper to taste. Add more water or stock if necessary. 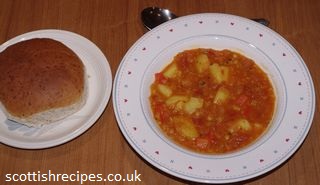 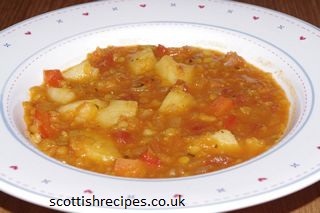 An alternative spicy lentil soup recipe can be found in Taste Ye Back: Great Scots and the Food That Made Them which includes ingredients such as crushed dried chillies, peppercorns and ham hock. 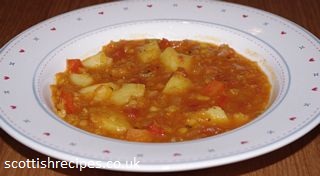 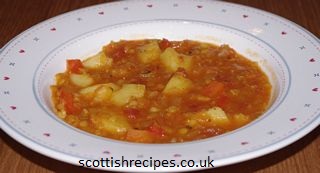