Scottish lamb stew recipe is a delicious all in one pot meal for a winter's day using the finest of Scot's ingredients. 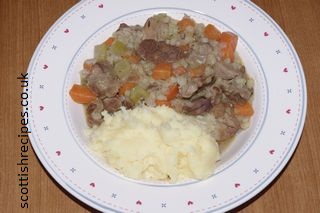 has alternative lamb stew recipes which can be served with soda scones or soda bread.

1. Simmer the barley in a small pot for about 10 minutes then drain.


2. In a large pot melt the margarine and slowly cook the vegetables for 7 minutes. Add the lamb and stir. 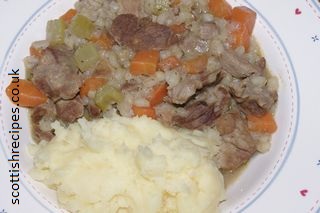 3. Stir in the cider and stock, adding the seasoning and thyme and then the barley. Cover and cook for about an hour, stirring occasionally.


4. Serve with tatties, or add potatoes and extra stock. 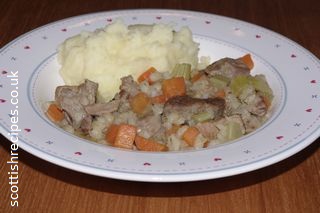 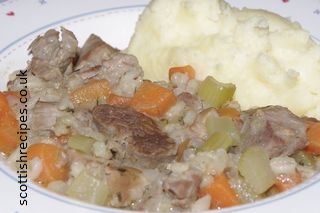 Taste Ye Back: Great Scots and the Food That Made Them has a tasty lamb curry by Scots broadcaster and writer Hardeep Singh Kohli for those looking for a more spicier meal.