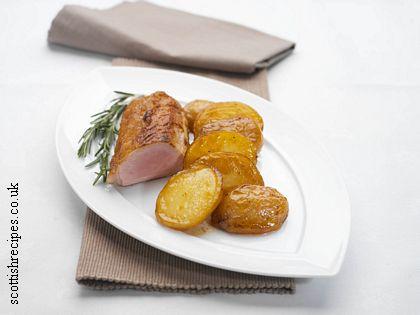 This easy to make pork recipe has been kindly provided by Andrew Fairlie the two Michelin Star chef at Gleneagles in Scotland. This mustard pork loin with melted potatoes recipe will serve four.

Trim any excess fat from the meat.

With the tip of a small knife score the fat with small lines. Rub the mustard into the fat and then season with the salt and pepper. Place the joint into the fridge for about 30 minutes.

Take a braising dish and spread the softened butter over the bottom.


Cut 1cm off the end of each Rooster potato and put them flat side down into the braising dish so that they are placed together but not squashed.

Pour cold water into the dish until the potatoes are covered and bring the water to the boil. 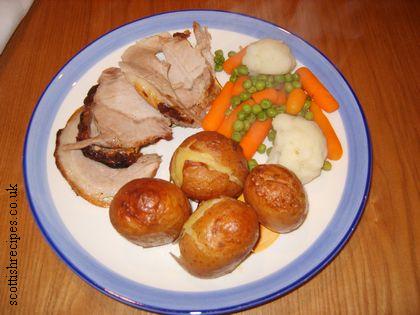 We would like to thank the team at Albert Bartlett for providing this pork recipe and photo on behalf of Andrew Fairlie who recommended Rooster potatoes be used. You can learn more about Albert Bartlett at their website www.albert-bartlett.co.uk