We saw this old plate at the Black Country Living Museum in Dudley, near Birmingham and below is the potato shortbread recipe. We think that this may be an old war time rationing recipe from World War Two from when ingredients were scarce. 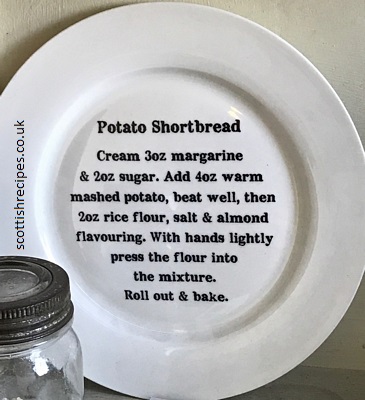 With hands, lightly press the flour into the mixture.

Roll out & bake. We baked ours at 180c for 25 minutes. We sprinkled caster sugar on top. 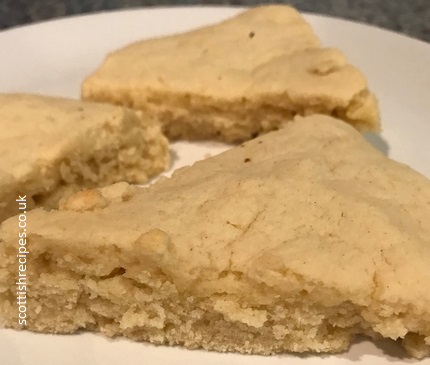 It is also known as a flat cake biscuit.